Over the course of 50 episodes, we're going to learn about Black American History. Clint Smith will to teach you about the experience of Black people in America, from the arrival of the first enslaved Black people who arrived at Jamestown all the way to the Black Lives Matter movement.

I'm Not Your Negro

An Oscar-nominated documentary narrated by Samuel L. Jackson, I AM NOT YOUR NEGRO explores the continued peril America faces from institutionalized racism.

In 1979, James Baldwin wrote a letter to his literary agent describing his next project, Remember This House. The book was to be a revolutionary, personal account of the lives and successive assassinations of three of his close friends--Medgar Evers, Malcolm X and Martin Luther King, Jr. At the time of Baldwin's death in 1987, he left behind only thirty completed pages of his manuscript.

Now, in his incendiary new documentary, master filmmaker Raoul Peck envisions the book James Baldwin never finished. The result is a radical, up-to-the-minute examination of race in America, using Baldwin's original words and flood of rich archival material. I AM NOT YOUR NEGRO is a journey into black history that connects the past of the Civil Rights movement to the present of #BlackLivesMatter. It is a film that questions black representation in Hollywood and beyond. And, ultimately, by confronting the deeper connections between the lives and assassination of these three leaders, Baldwin and Peck have produced a work that challenges the very definition of what America stands for.

Quest An Intimate Portrait of an African-American Family

This New York Times Critics' Pick, filmed with verite intimacy for nearly a decade, is a moving portrait of the Rainey family living in North Philadelphia. Beginning at the dawn of the Obama presidency, Christopher "Quest" Rainey, and his wife, Christine'a "Ma Quest" raise a family while nurturing a community of hip hop artists in their home music studio. It's a safe space where all are welcome, but this creative sanctuary can't always shield them from the strife that grips their neighborhood.

Between the World and Me

Hailed by Toni Morrison as "required reading," a bold and personal literary exploration of America's racial history by "the single best writer on the subject of race in the United States" (The New York Observer) "This is your country, this is your world, this is your body, and you must find some way to live within the all of it." In a profound work that pivots from the biggest questions about American history and ideals to the most intimate concerns of a father for his son, Ta-Nehisi Coates offers a powerful new framework for understanding our nation's history and current crisis. Americans have built an empire on the idea of "race," a falsehood that damages us all but falls most heavily on the bodies of black women and men--bodies exploited through slavery and segregation, and, today, threatened, locked up, and murdered out of all proportion. What is it like to inhabit a black body and find a way to live within it? And how can we all honestly reckon with this fraught history and free ourselves from its burden? 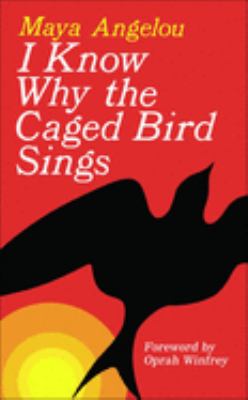 I Know Why the Caged Bird Sings

A black woman recalls the anguish of her childhood in Arkansas and her adolescence in northern slums. 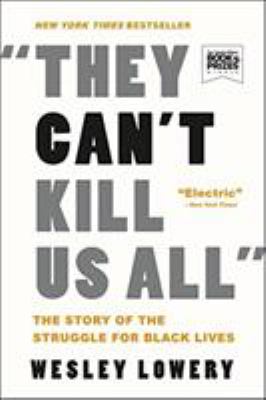 They Can't Kill Us All

An indispensable work of journalism that "is electric, because it is so well reported" (Dwight Garner, New York Times) by Pulitzer Prize winning reporter Wesley Lowery that describes the earliest days of #blacklivesmatter and brings to life the quest for justice in the murders by police of Michael Brown, Tamir Rice, and Freddie Gray as well as an intimate, moving portrait of the activists working to dismantle systemic racism in America Conducting hundreds of interviews over the course of one year of reporting on the ground, Washington Post writer Wesley Lowery traveled from Ferguson, Missouri, to Cleveland, Ohio; Charleston, South Carolina; and Baltimore, Maryland; and then back to Ferguson to uncover life inside the most heavily policed, if otherwise neglected, corners of America today. In an effort to grasp the magnitude of the repose to Michael Brown's death and understand the scale of the problem police violence represents, Lowery speaks to Brown's family and the families of other victims other victims' families as well as local activists. 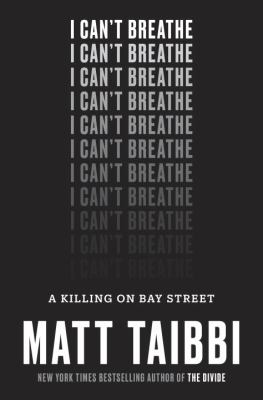 A work of riveting literary journalism that explores the roots and repercussions of the infamous killing of Eric Garner by the New York City police--from the bestselling author of The Divide NAMED ONE OF THE TEN BEST BOOKS OF THE YEAR BY THE WASHINGTON POST On July 17, 2014, a forty-three-year-old black man named Eric Garner died on a Staten Island sidewalk after a police officer put him in what has been described as an illegal chokehold during an arrest for selling bootleg cigarettes. The final moments of Garner's life were captured on video and seen by millions. His agonized last words, "I can't breathe," became a rallying cry for the nascent Black Lives Matter protest movement. A grand jury ultimately declined to indict the officer who wrestled Garner to the pavement. 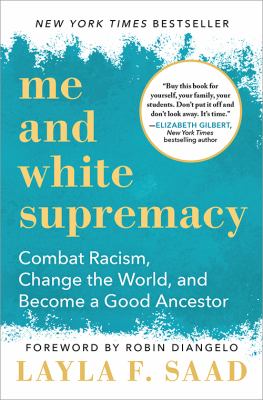 Me and White Supremacy

The New York Times andUSA Todaybestseller! "Layla Saad is one of the most important and valuable teachers we have right now on the subject of white supremacy and racial injustice."--New York Timesbestselling author Elizabeth Gilbert Based on the viral Instagram challenge that captivated participants worldwide, Me and White Supremacytakes readers on a 28-day journey of how to dismantle the privilege within themselves so that they can stop (often unconsciously) inflicting damage on people of color, and in turn, help other white people do better, too. When Layla Saad began an Instagram challenge called #meandwhitesupremacy, she never predicted it would spread as widely as it did. She encouraged people to own up and share their racist behaviors, big and small. She was looking for truth, and she got it. Thousands of people participated in the challenge, and nearly 100,000 people downloaded the Me and White Supremacy Workbook. 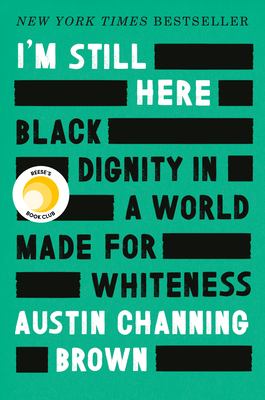 From a powerful new voice on racial justice, an eye-opening account of growing up Black, Christian, and female in middle-class white America.  Austin Channing Brown's first encounter with a racialized America came at age 7, when she discovered her parents named her Austin to deceive future employers into thinking she was a white man. Growing up in majority-white schools, organizations, and churches, Austin writes, "I had to learn what it means to love blackness," a journey that led to a lifetime spent navigating America's racial divide as a writer, speaker and expert who helps organizations practice genuine inclusion. 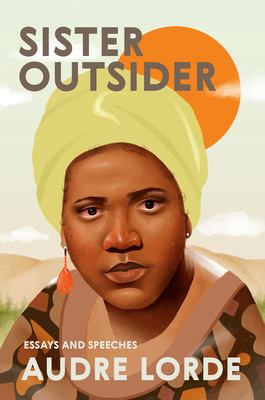 Presenting the essential writings of black lesbian poet and feminist writer Audre Lorde, Sister Outsider celebrates an influential voice in twentieth-century literature. "[Lorde's] works will be important to those truly interested in growing up sensitive, intelligent, and aware."--The New York Times  In this charged collection of fifteen essays and speeches, Lorde takes on sexism, racism, ageism, homophobia, and class, and propounds social difference as a vehicle for action and change. Her prose is incisive, unflinching, and lyrical, reflecting struggle but ultimately offering messages of hope. This commemorative edition includes a new foreword by Lorde-scholar and poet Cheryl Clarke, who celebrates the ways in which Lorde's philosophies resonate more than twenty years after they were first published. These landmark writings are, in Lorde's own words, a call to "never close our eyes to the terror, to the chaos which is Black which is creative which is female which is dark which is rejected which is messy which is . . . " 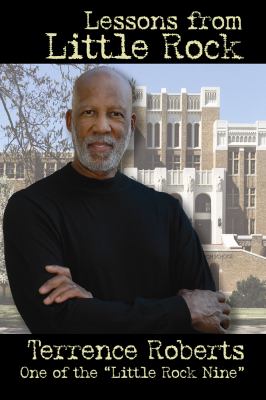 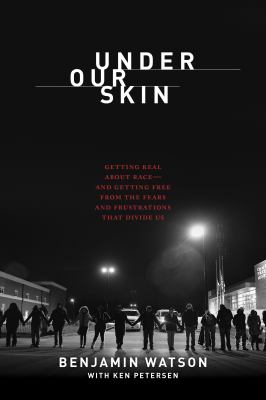 Can it ever get better?This is the question Benjamin Watson is asking. In a country aflame with the fallout from the racial divide--in which Ferguson, Charleston, and the Confederate flag dominate the national news, daily seeming to rip the wounds open ever wider--is there hope for honest and healing conversation? For finally coming to understand each other on issues that are ultimately about so much more than black and white?An NFL tight end for the New Orleans Saints and a widely read and followed commentator on social media, Watson has taken the Internet by storm with his remarkable insights about some of the most sensitive and charged topics of our day. Now, in Under Our Skin,Watson draws from his own life, his family legacy, and his role as a husband and father to sensitively and honestly examine both sides of the race debate and appeal to the power and possibility of faith as a step toward healing. 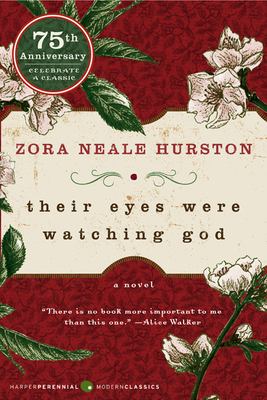 Their Eyes Were Watching God

A PBS Great American Read Top 100 Pick "A deeply soulful novel that comprehends love and cruelty, and separates the big people from the small of heart, without ever losing sympathy for those unfortunates who don't know how to live properly." --Zadie Smith One of the most important and enduring books of the twentieth century, Their Eyes Were Watching God brings to life a Southern love story with the wit and pathos found only in the writing of Zora Neale Hurston. Out of print for almost thirty years--due largely to initial audiences' rejection of its strong black female protagonist--Hurston's classic has since its 1978 reissue become perhaps the most widely read and highly acclaimed novel in the canon of African-American literature.

Written and presented by Professor Henry Louis Gates, Jr., director of W.E.B. Du Bois Institute for African and African American Research at Harvard University, this six-hour series explores the evolution of the African-American people, as well as the multiplicity of cultural institutions, political strategies, and religious and social perspectives they developed -- forging their own history, culture and society against unimaginable odds.

Commencing with the origins of slavery in Africa, the series moves through five centuries of remarkable historic events right up to the present -- when America is led by a black president, yet remains a nation deeply divided by race.

By highlighting the tragedies, triumphs and contradictions of the black experience, the series reveals to viewers that the African-American community has never been a uniform entity, and that its members have been actively debating their differences from their first days in this country.

Throughout the course of the series, viewers will see that the road to freedom for black people in America has not been linear, but more like the course of a river, full of loops and eddies, slowing, and occasionally reversing the current of progress.