Race: The Power of an Illusion

The Difference Between Us examines the contemporary science - including genetics - that challenges our common sense assumptions that human beings can be bundled into three or four fundamentally different groups according to their physical traits.

The Myth of Race: BBC

“People imagine that people have always thought about skin colour in this racialised way, and we really haven’t.” Is there any biological basis for categorising humans by race? 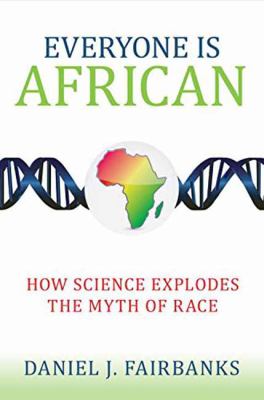 What does science say about race? In this book a distinguished research geneticist presents abundant evidence showing that traditional notions about distinct racial differences have little scientific foundation.aIn short, racism is not just morally wrong; it has no basis in fact. The author lucidly describes in detail the factors that have led to the current scientific consensus about race. Both geneticists and anthropologists now generally agree that the human species originated in sub-Saharan Africa and darkly pigmented skin was the ancestral state of humanity. Moreover, worldwide human diversity is so complex that discrete races cannot be genetically defined. And for individuals, ancestry is more scientifically meaningful than race. Separate chapters are devoted to controversial topics- skin color and the scientific reasons for the differences; why ancestry is more important to individual health than race; intelligence and human diversity; and evolutionary perspectives on the persistence of racism. This is an enlightening book that goes a long way toward dispelling the irrational notions at the heart of racism. 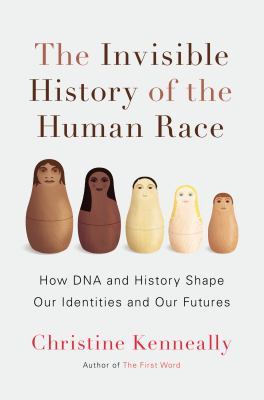 The Invisible History of the Human Race

* A New York Times Notable Book * "The richest, freshest, most fun book on genetics in some time." --The New York Times Book Review We are doomed to repeat history if we fail to learn from it, but how are we affected by the forces that are invisible to us? In The Invisible History of the Human Race Christine Kenneally draws on cutting-edge research to reveal how both historical artifacts and DNA tell us where we come from and where we may be going. While some books explore our genetic inheritance and popular television shows celebrate ancestry, this is the first book to explore how everything from DNA to emotions to names and the stories that form our lives are all part of our human legacy. Kenneally shows how trust is inherited in Africa, silence is passed down in Tasmania, and how the history of nations is written in our DNA. From fateful, ancient encounters to modern mass migrations and medical diagnoses, Kenneally explains how the forces that shaped the history of the world ultimately shape each human who inhabits it. The Invisible History of the Human Race is a deeply researched, carefully crafted and provocative perspective on how our stories, psychology, and genetics affect our past and our future. 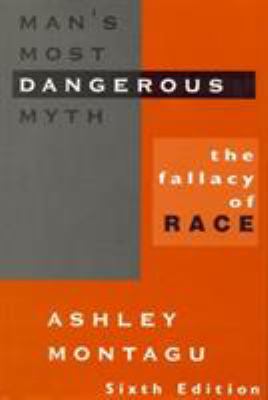 Man's Most Dangerous Myth was first published in 1942, when Nazism flourished, when African Americans sat at the back of the bus, and when race was considered the determinant of people's character and intelligence. It presented a revolutionary theory for its time; breaking the link between genetics and culture, it argued that race is largely a social construction and not constitutive of significant biological differences between people. In the ensuing 55 years, as Ashley Montagu's radical hypothesis became accepted knowledge, succeeding editions of his book traced the changes in our conceptions of race and race relations over the 20th century. Now, over 50 years later, Man's Most Dangerous Myth is back in print, fully revised by the original author. Montagu is internationally renowned for his work on race, as well as for such influential books as The Natural Superiority of Women, Touching, and The Elephant Man. This new edition contains Montagu's most complete explication of his theory and a thorough updating of previous editions. The Sixth Edition takes on the issues of the Bell Curve, IQ testing, ethnic cleansing and other current race relations topics, as well as contemporary restatements of topics previously addressed. A bibliography of almost 3,000 published items on race, compiled over a lifetime of work, is of enormous research value. Also available is an abridged student edition containing the essence of Montagu's argument, its policy implications, and his thoughts on contemporary race issues for use in classrooms. Ahead of its time in 1942, Montagu's arguments still contribute essential and salient perspectives as we face the issue of race in the 1990s. Man's Most Dangerous Myth is the seminal work of one of the 20th century's leading intellectuals, essential reading for all scholars and students of race relations. 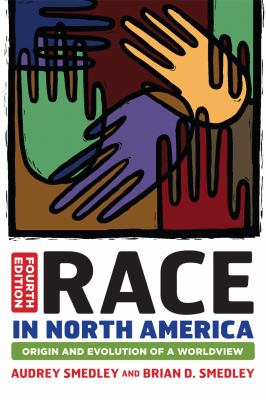 This sweeping work traces the idea of race for more than three centuries to show that 'race' is not a product of science but a cultural invention that has been used variously and opportunistically since the eighteenth century. Updated throughout, the fourth edition of this renowned text includes a compelling new chapter on the health impacts of the racial worldview, as well as a thoroughly rewritten chapter that explores the election of Barack Obama and its implications for the meaning of race in America and the future of our racial ideology.

You may know exactly what race you are, but how would you prove it if somebody disagreed with you? Jenée Desmond Harris explains. And for more on how race is a social construct:

In a world divided by race, do we as people really understand what this construct, “Race” really means? This talk breaks down the racial categories and gets us wondering, can we move past these categories?