They Call Me Muslim

In popular Western imagination, a Muslim woman in a veil - or hijab - is a symbol of Islamic oppression. But what does it mean for women's freedom when a democratic country forbids the wearing of the veil? In this provocative documentary, filmmaker Diana Ferrero portrays the struggle of two women - one in France and one in Iran - to express themselves freely. 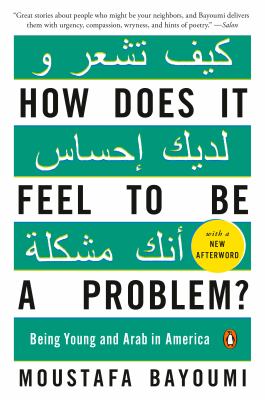 How Does It Feel to Be a Problem?

"Bayoumi offers a revealing portrait of life for people who are often scrutinized but seldom heard from." --Booklist (starred review)  "Wholly intelligent and sensitively-drawn, How Does It Feel to Be a Problem? is an important investigation into the hearts and minds of young Arab-Americans. This significant and eminently readable work breaks through preconceptions and delivers a fresh take on a unique and vital community. Moustafa Bayoumi's voice is refreshingly frank, personable, and true." --Diana Abu-Jaber, author of Origin, Crescent, and The Language of Baklava  An eye-opening look at how young Arab- and Muslim-Americans are forging lives for themselves in a country that often mistakes them for the enemy Just over a century ago , W.E.B. Du Bois posed a probing question in his classic The Souls of Black Folk: How does it feel to be a problem? Now, Moustafa Bayoumi asks the same about America's new "problem"-Arab- and Muslim-Americans. Bayoumi takes readers into the lives of seven twenty-somethings living in Brooklyn, home to the largest Arab-American population in the United States. He moves beyond stereotypes and clichés to reveal their often unseen struggles, from being subjected to government surveillance to the indignities of workplace discrimination. Through it all, these young men and women persevere through triumphs and setbacks as they help weave the tapestry of a new society that is, at its heart, purely American. 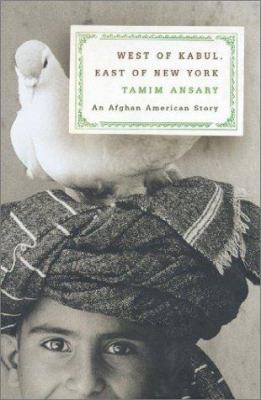 A passionate personal journey through two cultures in conflict Shortly after militant Islamic terrorists destroyed the World Trade Center, Tamim Ansary of San Francisco sent an e-mail to twenty friends, telling how the threatened U.S. reprisals against Afghanistan looked to him as an Afghan American. The message spread, and in a few days it had reached, and affected, millions of people-Afghans and Americans, soldiers and pacifists, conservative Christians and talk-show hosts; for the message, written in twenty minutes, was one Ansary had been writing all his life. West of Kabul, East of New York is an urgent communiqueacute; by an American with "an Afghan soul still inside me," who has lived in the very different worlds of Islam and the secular West. The son of an Afghan man and the first American woman to live as an Afghan, Ansary grew up in the intimate world of Afghan family life, one never seen by outsiders. No sooner had he emigrated to San Francisco than he was drawn into the community of Afghan expatriates sustained by the dream of returning to their country -and then drawn back to the Islamic world himself to discover the nascent phenomenon of militant religious fundamentalism. Tamim Ansary has emerged as one of the most eloquent voices on the conflict between Islam and the West. His book is a deeply personal account of the struggle to reconcile two great civilizations and to find some point in the imagination where they might meet. 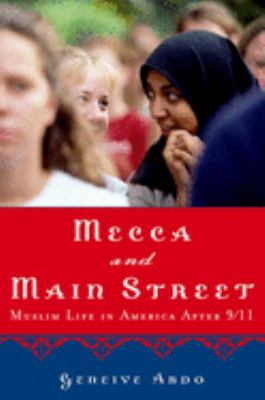 Mecca and Main Street: Muslim Life in America after 9/11

Islam is Americas fastest growing religion, with more than six million Muslims in the United States, all living in the shadow of 9/11. Who are our Muslim neighbors? What are their beliefs and desires? How are they coping with life under the War on Terror? In Mecca and Main Street, noted author and journalist Geneive Abdo offers illuminating answers to these questions. Gaining unprecedented access to Muslim communities in America, she traveled across the country, visiting schools, mosques, Islamic centers, radio stations, and homes. She reveals a community tired of being judged by American perceptions of Muslims overseas and eager to tell their own stories. Abdo brings these stories vividly to life, allowing us to hear their own voices and inviting us to understand their hopes and their fears. Inspiring, insightful, tough-minded, and even-handed, this book will appeal to those curious (or fearful) about the Muslim presence in America. It will also be warmly welcomed by the Muslim community. 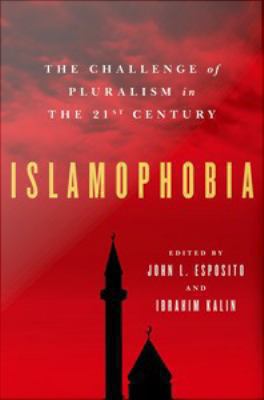 Islamophobia has been on the rise since September 11, as seen in countless cases of discrimination, racism, hate speeches, physical attacks, and anti-Muslim campaigns. The 2006 Danish cartoon crisis and the controversy surrounding Pope Benedict XVI's Regensburg speech have underscored the urgency of such issues as image-making, multiculturalism, freedom of expression, respect for religious symbols, and interfaith relations.The 1997 Runnymede Report defines Islamophobia as "dread, hatred, and hostility towards Islam and Muslims perpetuated by a series of closed views that imply and attribute negative and derogatory stereotypes and beliefs to Muslims." Violating the basic principles of human rights civil liberties, and religious freedom, Islamophobic acts take many different forms. In some cases, mosques, Islamic centers, and Muslim properties are attacked and desecrated. In the workplace, schools, and housing, it takes the form of suspicion, staring, hazing, mockery, rejection, stigmatizing and outright discrimination. In public places, it occurs as indirect discrimination, hate speech, and denial of access to goods and services.This collection of essays takes a multidisciplinary approach to Islamophobia, bringing together the expertise and experience of Muslim, American, and European scholars. Analysis is combined with policy recommendations. Contributors discuss and evaluate good practices already in place and offer new methods for dealing with discrimination, hatred, and racism. 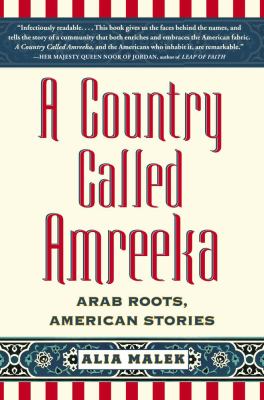 Alia Malek is a Syrian-American civil rights lawyer who has worked in both the US and the Middle East.  As a writer and speaker, her work has focused on issues relating to Arab-America, the Middle East, as well as race and ethnicity in the US. Her work has appeared inThe Columbia Journalism Review,Salon.com,The New York Times,and she has been featured on National Public Radio and MSNBC.  In 2006, she completed a Masters in Journalism from Columbia University where she won a writing grant for this proposal from Sam Freedman's book writing seminar.

An introspective look at Middle-Eastern cultures in the U.S. as they appear in the media and are perceived by the American society. Studio Guest: Ahmed Rehab, Executive Director of the Council on American-Islamic Relations (CAIR) in Chicago. Video Inserts: Dr. Jack Shaheen’s film Reel Bad Arabs.