A topic guide covering aspects of diet, nutrition, and health.

TEDTalks: Dan Buettner—How to Live to Be 100+

What do Seventh-Day Adventists in California and people living on the islands of Sardinia and Okinawa have in common? They enjoy the longest, healthiest lives on the planet. These hotspots of human health and vitality are called blue zones by National Geographic writer and explorer Dan Buettner, and in this TEDTalk he reveals nine shared diet and lifestyle habits that help keep these very senior citizens spry past the age of 100. 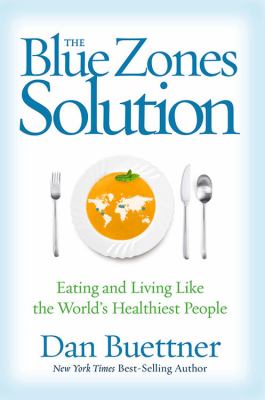 Bestselling author Dan Buettner reveals how to transform your health using smart nutrition, lifestyle, and fitness habits gleaned from longevity research on the diets, eating habits, and lifestyle practices of the communities he's identified as "Blue Zones"-those places with the world's longest-lived, and thus healthiest, people, including locations such as Okinawa, Japan; Sardinia, Italy; Costa Rica's Nicoya Peninsula; Ikaria, Greece; and Loma Linda, California.  With the audacious belief that the lifestyles of the world's Blue Zones could be adapted and replicated in towns across North America, Buettner launched the largest preventive health care project in the United States, The Blue Zones City Makeovers, which has impacted the health of millions of Americans since 2009. In The Blue Zones Solution, readers can be inspired by the specific stories of the people, foods, and routines of our healthy elders; understand the role community, family, and naturally healthy habits can play in improving our diet and health; and learn the exact foods-including the 50 superfoods of longevity and dozens of recipes adapted for Western tastes and markets-that offer delicious ways to eat your way to optimum health. Throughout the book are lifestyle recommendations, checklists, and stories to help you create your own personal Blue Zones solution. Readers will learn and apply the 80/20 rule, the plant slant diet, social aspects of eating that lead to weight loss and great health naturally, cultivating your "tribe" of friends and family, and your greater purpose as part of your daily routine.  Filled with moving personal stories, delicious recipes, checklists, and useful tips that will transform any home into a miniature blue zone, The Blue Zones Solution is the ultimate blueprint for a healthy, happy life. 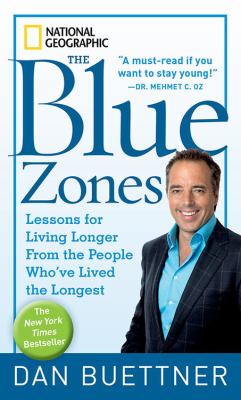 In this expanded paperback edition of his New York Times bestseller, longevity expertâe Dan Buettner draws on his research from extraordinarily long-lived communities-Blueâe Zones-around the globe to highlight the lifestyle, diet, outlook, and stress-coping practicesâe that will add years to your life and life to your years. A long healthy life is no accident. It begins with good genes, but it also depends on good habits. If you adopt the right lifestyle,âe experts say, chances are you may live up to a decade longer. So what's the formula for success? National Geographic Explorerâe Dan Buettner has lead teams of researchers across the globe to uncover the secrets of Blue Zones-geographic regions where highâe percentages of centenarians are enjoying remarkably long, full lives. The recipe for longevity, Buettner has found, is deeply intertwined with community, lifestyle, and spirituality. You won't findâe longevity in a bottle of diet pills or with hormone therapy. You'll find it by embracing a few simple but powerful habits, and byâe creating the right community around yourself. In The Blue Zone, Buettner has blended his lifestyle formula with the latest longevityâe research to inspire lasting behavioral change and add years to your life. 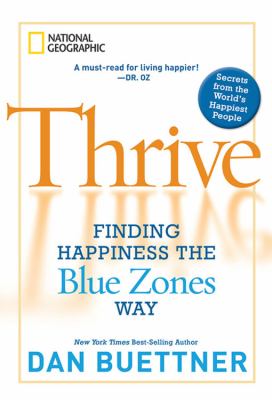 What makes us happy? It's not wealth, youth, beauty, or intelligence, says Dan Buettner. In fact, most of us have the keys within our grasp. Circling the globe to study the world's happiest populations, Buettner has spotted several common principles that can unlock the doors to true contentment with our lives. Working with leading researchers, Buettner identifies the happiest region on each of four continents. He explores why these populations say they are happier than anyone else, and what they can teach the rest of us about finding contentment. His conclusions debunk some commonly believed myths: Are people who have children happier than those who don't? Not necessarily-in Western societies, parenthood actually makes the happiness level drop. Is gender equality a factor? Are the world's happiest places to be found on tropical islands with beautiful beaches? You may be surprised at what Buettner's research indicates. Unraveling the story of each "hotspot" like a good mystery, Buettner reveals how he discovered each location and then travels to meet folks who embody each particular brand of happiness. He introduces content, thriving people in Denmark, in Singapore, in northeastern Mexico, and in a composite "happiest place in America." In addition, he interviews economists, psychologists, sociologists, politicians, writers, and other experts to get at what contributes to each region's happiness, from the Danish concept of hygge, which translates to creating a feeling of coziness, to the Mexican love of a good joke. Buettner's findings result in a credible, cross-cultural formula and a practical plan to help us stack the deck for happiness and get more satisfaction out of life. According to Buettner's advisory team, the average person can control about forty percent of his or her individual happiness by optimizing life choices. These aren't unreasonable demands on a person's lifestyle, and they often require only slight changes. They fall into three categories that make up the way we live our lives: the food we eat, the way we exercise, and the social networks we foster. It's all about nourishing the body and the spirit. Heeding the secrets of the world's happiness all-stars can help us make the right choices to find more contentment in our own lives and learn how to thrive.