Antisemitism means hatred of Jews. Watch the video to see how the hatred of Jews has existed for a very long time and still exists today. 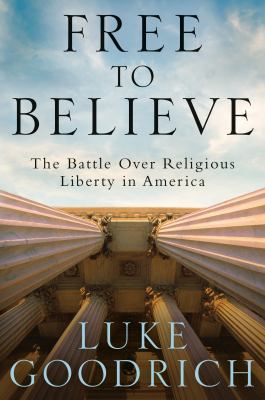 A leading religious freedom attorney, the veteran of several Supreme Court battles, helps people of faith understand religious liberty in our rapidly changing culture--why it matters, how it is threatened, and how to respond with confidence and grace.    WINNER OF THE CHRISTIAN BOOK AWARD® * THE GOSPEL COALITION'S BEST BOOK OF THE YEAR, PUBLIC THEOLOGY & CURRENT EVENTS * NAMED ONE OF THE BEST BOOKS OF THE YEAR BY WORLD MAGAZINE  Many Americans feel like their religious freedom is under attack. They see the culture changing around them, and they fear that their beliefs will soon be punished as a form of bigotry. Others think these fears are overblown and say Christians should stop complaining about imaginary persecution.   In Free to Believe leading religious freedom attorney Luke Goodrich challenges both sides of this debate, offering a fresh perspective on the most controversial religious freedom conflicts today. With penetrating insights on gay rights, abortion rights, Islam, and the public square, Goodrich argues that threats to religious freedom are real--but they might not be quite what you think.   As a lawyer at the Becket Fund for Religious Liberty, Goodrich has won several historic Supreme Court victories for clients such as the Little Sisters of the Poor and Hobby Lobby. Combining frontline experience with faithful attention to Scripture, Goodrich shows why religious freedom matters, how it is threatened, and how to protect it. The result is a groundbreaking book full of clear insight, practical wisdom, and refreshing hope for all people of faith. 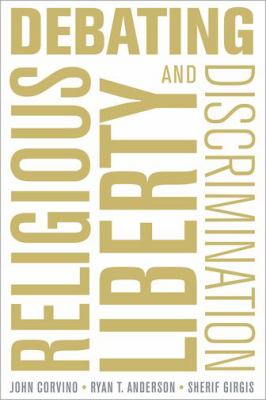 Virtually everyone supports religious liberty, and virtually everyone opposes discrimination. But how do we handle the hard questions that arise when exercises of religious liberty seem to discriminate unjustly? How do we promote the common good while respecting conscience in a diverse society? This point-counterpoint book brings together leading voices in the culture wars to debate such questions: John Corvino, a longtime LGBT-rights advocate, opposite Ryan T. Anderson and Sherif Girgis, prominent young social conservatives. Many such questions have arisen in response to same-sex marriage: How should we treat county clerks who do not wish to authorize such marriages, for example; or bakers, florists, and photographers who do not wish to provide same-sex wedding services? But the conflicts extend well beyond the LGBT rights arena. How should we treat hospitals, schools, and adoption agencies that can't in conscience follow antidiscrimination laws, healthcare mandates, and other regulations? Should corporations ever get exemptions? Should public officials? Should we keep controversial laws like the Religious Freedom Restoration Act, or pass new ones like the First Amendment Defense Act? Should the law give religion and conscience special protection at all, and if so, why? What counts as discrimination, and when is it unjust? What kinds of material and dignitary harms should the law try to fight-and what is dignitary harm, anyway? Beyond the law, how should we treat religious beliefs and practices we find mistaken or even oppressive? Should we tolerate them or actively discourage them? In point-counterpoint format, Corvino, Anderson and Girgis explore these questions and more. Although their differences run deep, they tackle them with civility, clarity, and flair. Their debate is an essential contribution to contemporary discussions about why religious liberty matters and what respecting it requires. 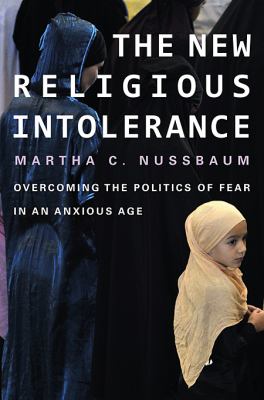 What impulse prompted some newspapers to attribute the murder of 77 Norwegians to Islamic extremists, until it became evident that a right-wing Norwegian terrorist was the perpetrator? Why did Switzerland, a country of four minarets, vote to ban those structures? How did a proposed Muslim cultural center in lower Manhattan ignite a fevered political debate across the United States? In The New Religious Intolerance, Martha C. Nussbaum surveys such developments and identifies the fear behind these reactions. Drawing inspiration from philosophy, history, and literature, she suggests a route past this limiting response and toward a more equitable, imaginative, and free society. Fear, Nussbaum writes, is "more narcissistic than other emotions." Legitimate anxieties become distorted and displaced, driving laws and policies biased against those different from us. Overcoming intolerance requires consistent application of universal principles of respect for conscience. Just as important, it requires greater understanding. Nussbaum challenges us to embrace freedom of religious observance for all, extending to others what we demand for ourselves. She encourages us to expand our capacity for empathetic imagination by cultivating our curiosity, seeking friendship across religious lines, and establishing a consistent ethic of decency and civility. With this greater understanding and respect, Nussbaum argues, we can rise above the politics of fear and toward a more open and inclusive future. 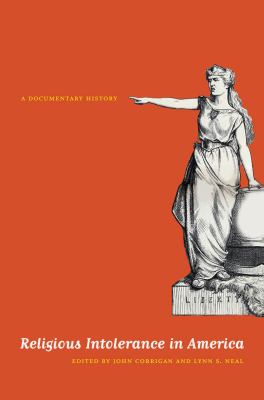 American narratives often celebrate the nation's rich heritage of religious freedom. There is, however, a less told and often ignored part of the story: the ways that intolerance and cultures of hate have manifested themselves within American religious history and culture. In the first ever documentary survey of religious intolerance from the colonial era to the present, volume editors John Corrigan and Lynn S. Neal define religious intolerance and explore its history and manifestations, including hate speech, discrimination, incarceration, expulsion, and violence. Organized thematically, the volume combines the editors' discussion with more than 150 striking primary texts and pictures that document intolerance toward a variety of religious traditions. Moving from anti-Catholic Ku Klux Klan propaganda to mob attacks on Mormons, the lynching of Leo Frank, the kidnapping of "cult" members, and many other episodes, the volume concludes with a chapter addressing the changing face of religious intolerance in the twenty-first century, with examples of how the problem continues to this day.