Percentage of U.S. LGBTQ youth who had considered or attempted suicide within the past 12 months as of 2020 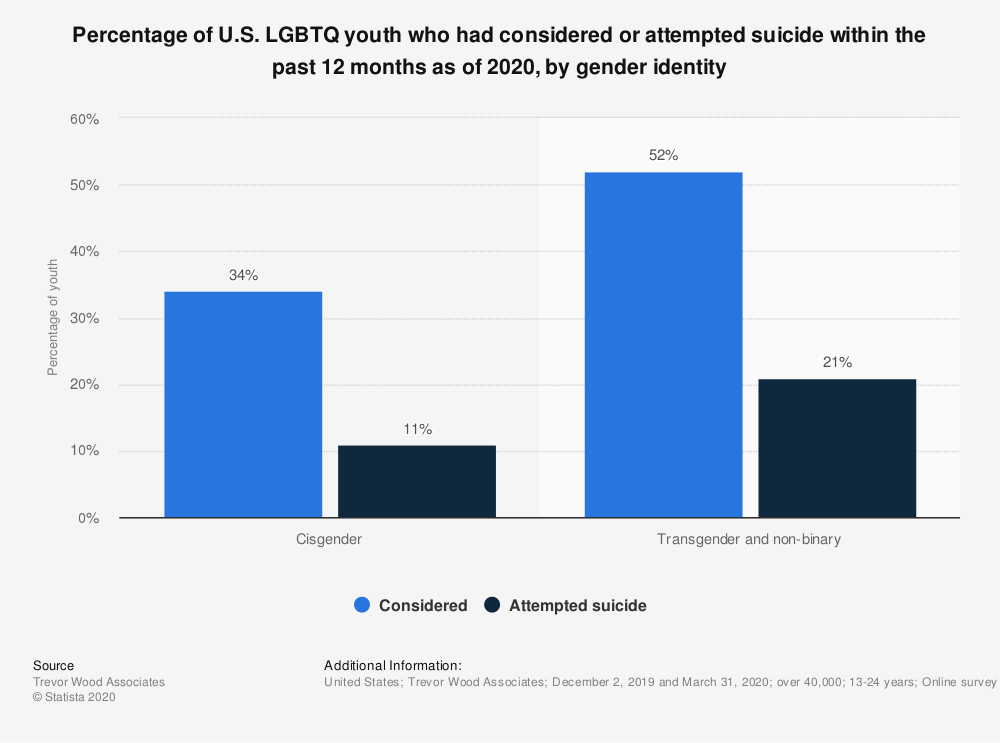 Trevor Wood Associates. (July 15, 2020). Percentage of U.S. LGBTQ youth who had considered or attempted suicide within the past 12 months as of 2020, by gender identity [Graph]. In Statista. Retrieved August 30, 2021, from https://www.statista.com/statistics/1052959/us-lgbtq-youth-that-considered-or-attemtped-suicide-within-the-past-year/

What would you do if someone made a homophobic post on social media? 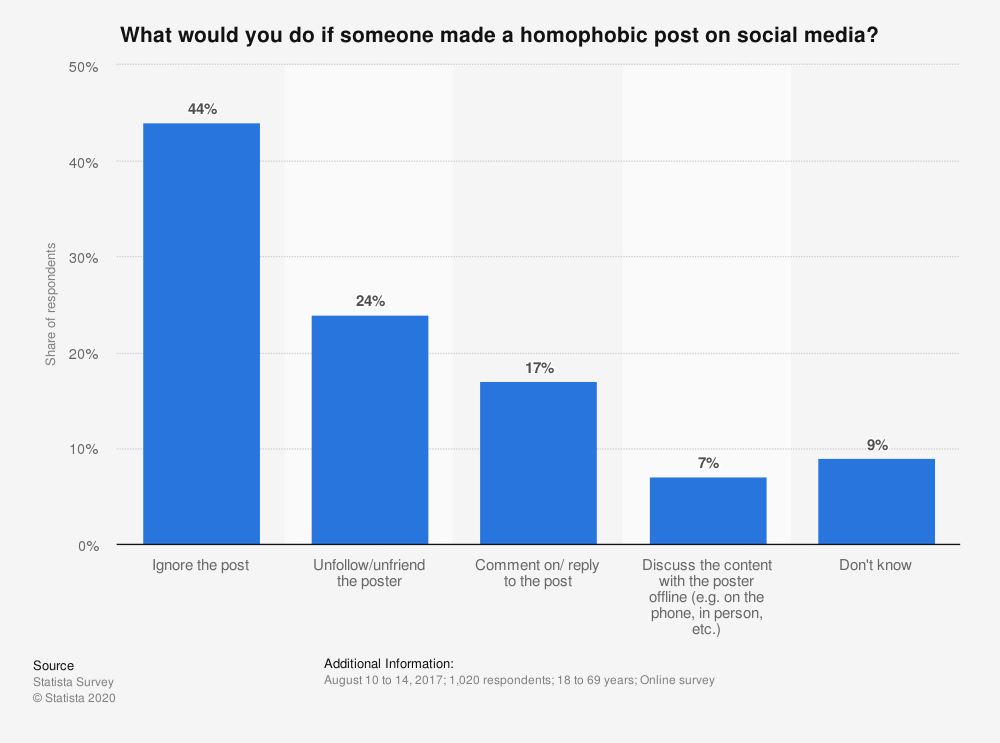 Source: Statista Survey. (August 28, 2017). What would you do if someone made a homophobic post on social media? [Graph]. In Statista. Retrieved August 30, 2021, from https://www.statista.com/statistics/378639/reactions-to-homophobic-posts-on-social-media-us/ 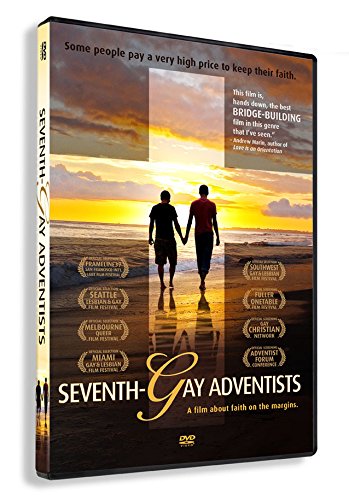 Seventh-Gay Adventists follows three gay and lesbian individuals and their partners as they attempt to reconcile their Adventist identity with their sexuality. They express their struggles with coming out in a strongly religious community and recount their failed attempts to "become straight" before coming to terms with their homosexuality. 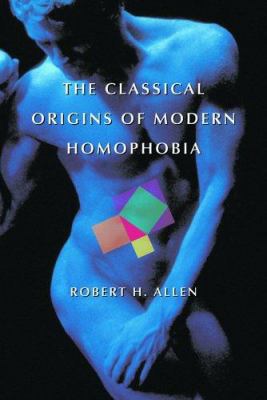 The Classical Origins of Modern Homophobia

From government to literature to architecture, few fields in western culture are untouched by the influence of Ancient Greece and Rome. Even mores that may seem exclusively modern often have roots in the classical past. This book takes an in-depth look at the ancient roots of homophobia, including its Pythagorean origins and its eventual spread throughout the Roman Empire and, consequently, the rest of the world. Originally, male homosexuality occupied something of an honorable position in ancient Greece. By the end of the Roman period several centuries later, this attitude had changed so radically that to be found guilty of homosexual actions was punishable by death. This work investigates how such a shift occurred and traces the various cultural forces that brought about almost universal homophobia throughout western societies. Beginning with the earliest documented instance of homophobia in the teachings of Pythagoras (who was surrounded by mystery even in ancient times), the author examines its proliferation through various disciplines, citing sources from political history, anthropology, religion, and psychology as well as the analysis of ancient texts. Through extensive historical research, he follows the concept from Greece to Macedonia and finally to Rome, examining relevant religious attitudes including those of Christianity and Judaism. Finally, he discusses the ways in which homophobia was solidified in the legal legacy of the Roman Empire. An extensive bibliography provides additional resources regarding classical influence on modern culture. 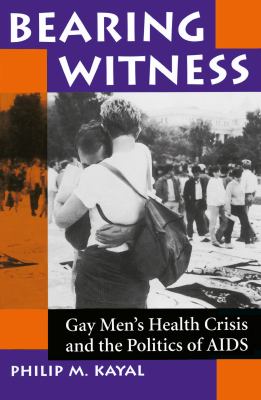 BEARING WITNESS IS A STORY ABOUT HOPE, a statement of faith in the human spirit. By dint of circumstance, it is two stories rolled into one. On the one hand, it is the tale of how volunteerism became the most necessary and reliable response to the political problems caused by AIDS and, on the other, it is a chronicle of how the gay community mobilized itself in the service of transformation to contain and resolve the social, psychological, and spiritual issues that the disease raised. 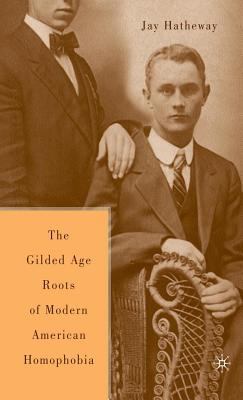 "The Gilded Age Roots of American Homophobia" is an analysis of the negative response to the discovery of the homosexual in late 19th century America. This book investigates the responses of the emergent medical community to this problem, and concludes with a discussion of how the negative reception of the homosexual impacted the future social conception of gay men and women. 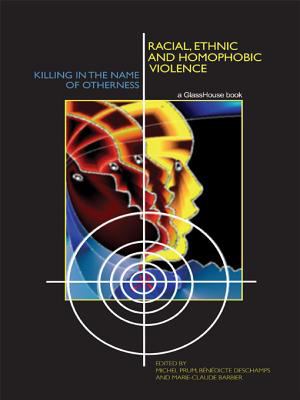 With contributions by internationally recognized specialists, this book, a perfect complement to courses in criminology and hate crime, provides a key resource for understanding how racism and homophobia work to produce violence. Hate-motivated violence is now deemed a serious national problem in most Western societies. With contributions by British, Australian, American, Canadian, Irish, Italian and French researchers, this book addresses a wide spectrum of types of violence, including, genocide, urban riots, inter-ethnic fighting and forms of hate crime targeting gay and lesbian people. Contributors to this volume also consider the political groups responsible for outbursts of hatred, their modes of operation and the institutional aspects of hate crime. Opening up an interdisciplinary perspective on the ways in which certain groups or individuals are transformed into expiatory victims, this compelling book is an essential read for all postgraduate law students and researchers interested in hate crime and society. "

This hard-hitting documentary reveals the abuse suffered by the gay community all over the world. France, despite having legalized gay marriage in 2013, has seen a rise in homophobic violence in recent years.

In Tunisia, gay people can be sentenced to three years in prison, simply for their sexual orientation. When arrested by the police, they are subject to an "anal examination", a humiliating procedure of no scientific value. Uganda is one of the 27 sub-Saharan countries in which homosexuality is repressed, with active state-encouragement of homophobia, and where homosexuality is punishable by lifetime imprisonment. In the United States, more progressive laws have not translated into progressive attitudes. 700,000 Americans, in a desperate attempt to change their sexual orientation, have gone to see therapists who claim to be able to "transform any homosexual into a heterosexual.